Youth Olympians training with the best prior to Buenos Aires 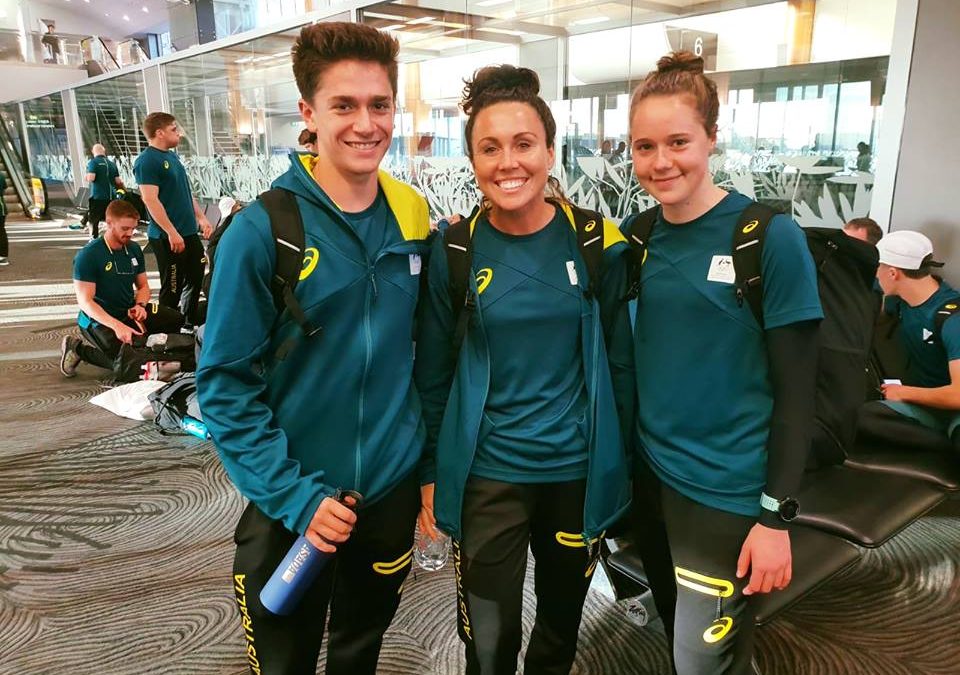 As an IOC Young Change Maker, 27-year-old Esposito joined the Team in Argentina to act as a mentor for the athletes.

On Thursday the Olympic gold medallist headed out to the laser-run combine venue with the Aussie pentathletes to coach them through their session.

Keaan Van Venrooij said it was an “unreal experience” to be coached by Esposito prior to his Youth Olympic debut.

“It’s definitely a once-in-a-life-time sort of thing,” the 18-year-old said. “To have her pass on the knowledge that she has is great.

“Chloe helped me with my sight-to-gun and gave me a few tips which was really helpful.

“Apparently I’ve been looking into the gun wrong. I should have been focusing on the end bit, instead of the target, and when I changed that up there was a noticeable difference.”

Fellow Aussie pentathlete Nikita Mawhirt said she’s going to make the most of the opportunity to live and train with the master of modern-pen.

“It is really good having someone that’s experienced this atmosphere and obviously knows what it’s like training and competing at a high level.

“You know you can ask her anything in relation to pentathlon because she’ll have the answer to it,” 17-year-old Mawhirt said.

“It’s been great asking her questions about training and her season, like pre-season training and what she does for a taper.

“With pentathlon being so small in Australia, it’s really great having someone there with us, that we can go and ask those questions to for the next few weeks.”

With Modern Pentathlon kicking off on Friday October 12, Van Venrooij and Mawhirt still have some time to build confidence at their different venues and to squeeze every little bit of advice from Chloe.

“It’s good we’ve had a look at all the facilities now, I especially like the pool, it feels really fast so that’s always positive,” Mawhirt said.

“It’s good we’ve had a chance to familiarise ourselves with some of the training venues and obviously that will help with visualisation and mental skills coming into the comp.

“The plan is to just ease into some training over the next few days before next week and do our best.”

Chloe had more words of wisdom for our modern pentathletes and the entire Youth Olympic Team in a Q and A with Nikita prior to the Games.