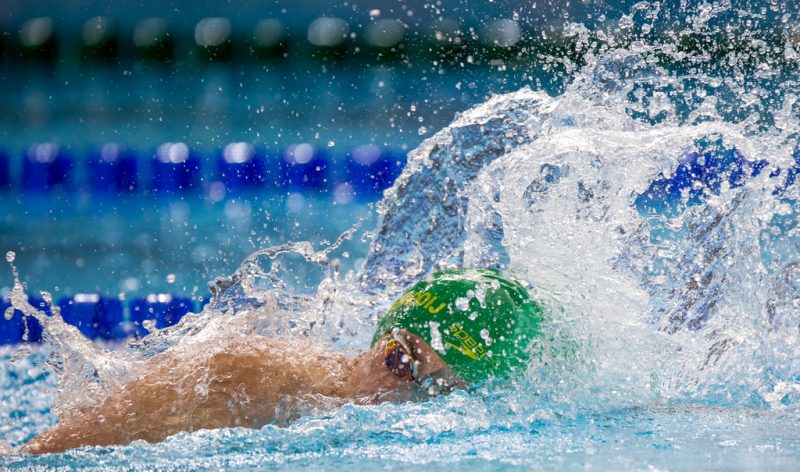 Supported by family and friends who had made the trek to the Argentinian capital, the young Australians both had brilliant top 10 finishes in one of their disciplines. For Mawhirt it was fencing where she placed 4th overall, while Van Venrooij swam well to place 8th overall in the 200m freestyle.

The teenagers were joined at these the third edition of the Summer Youth Olympic Games, by Rio champion Chloe Esposito who was there in her capacity as IOC Young Change Maker. 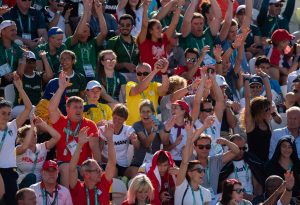 The Australians also competed in the mixed team event where competitors are teamed with other countries with van Venrooij paired with Guatemala’s Ana Aragon Ortiz finishing 14th and Mawhirt racing with Portugal’s Eduardo Oliveira crossing in 19th.

Van Venrooij was happy to improve on the performance from his Youth Olympic debut earlier this week.

“It was definitely a step up from my individual event, I’m very happy with that,” he said. “I think we had a lot more fun, it was great to have someone there to support you and we did the best for each other.

“The YOG experience has been unreal. The atmosphere is something I can’t explain. I’ve had a taste of the Olympic experience now, I want to push towards another.”

Nikita also enjoyed the team event’s unique format, particularly after being paired with a close friend.

“I love relays and the team events,” Mawhirt said. “I’m so lucky, I was drawn to race with Eduardo who I’ve met before and stayed with in Portugal when I was racing earlier this year.

“He’s like my Portuguese family and we got drawn together out of a hat, a really lucky coincidence and special to be able to share this memory with a friend.”