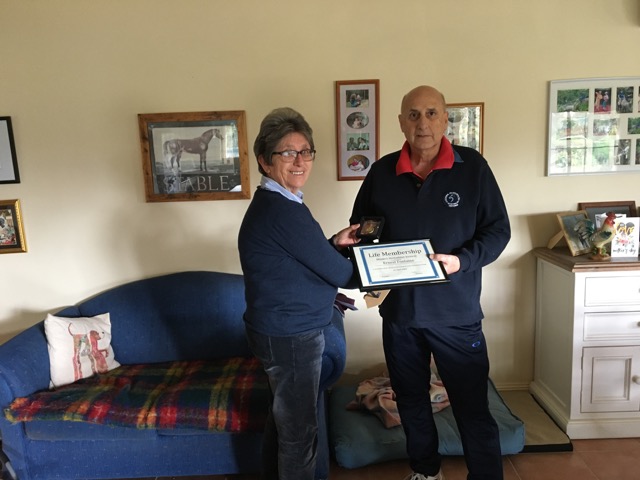 The Australian Pentathlon family is deeply saddened by the passing of Ernest Fontaine.

“Ernie was one of life’s true gentlemen,” MPA President and friend Kitty Chiller said. “Ernie was much loved by everyone he met and volunteered so much time over the past two decades to the sport in Victoria and nationally.

“Ernie was never afraid to get his hands dirty to help put on events and he contributed enormously behind the scenes especially with finances, budgeting and insurance. At MPA Board meetings he always brought a calm and measured analysis. He was a kind and wonderful man. Ernie will always be missed but never forgotten.”

Ernie resigned from his various MPA positions at the end of 2019, ending an era of committed, positive and extremely beneficial engagement with our sport.

Modern Pentathlon Victoria Secretary and Sports Director Kate Thompson was a close friend of Ernie’s and his family.

“Ernie was a wonderful support for me not only in the running of the sport but as friend and confident. He was most humbled when he learnt of the Life Membership of Modern Pentathlon Victoria and Australia that were bestowed on him.

“Ernie had been unwell for a long time and had fought his illness with bravery and courage. Ernie chose to spend his last few weeks at home supported by his family and close friends.

“I had the privilege of being with him at his home during this time and will cherish these memories in the years to come.”

Ernie passed away peacefully with his family – Sandra, Tim, Katie and Dave.