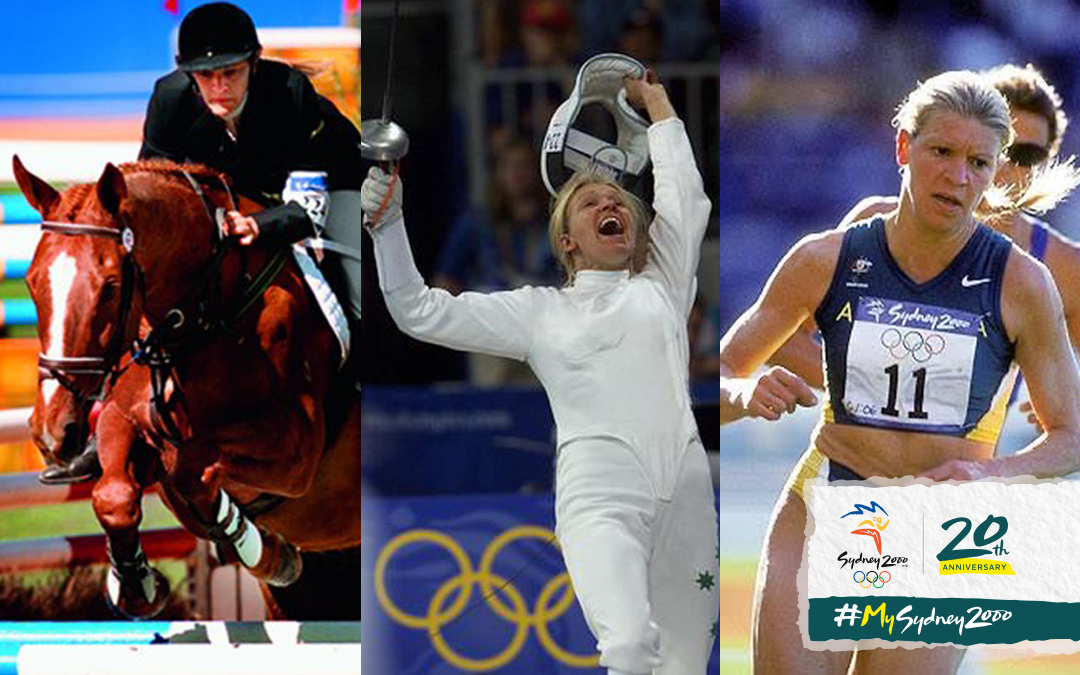 Celebrating the 20th anniversary of the Sydney Games, Olympian and Modern Pentathlete Kitty Chiller AM looks back on the games with pride as the event marked the first-time women were invited to take part in Modern Pentathlon.

Originally added to the Olympic program for men in 1912, it wasn’t until the year 2000 that women were allowed to compete in the Modern Pentathlon – a sport devised by the funder of the Olympic movement Baron Pierre de Coubertin. Despite the late inclusion in the Olympic Games, Chiller was already well established on the world stage, having previously been ranked world number one from 1996-1998.

“I started the sport in 1982, with word being that it would be added to the LA 1984 program for women but the historic first Games for females wasn’t to be until Sydney 18 years later.”

For Chiller, the Olympic Games was a unique experience, with competition not taking place until the final day of the event.

“My event was on the very last day, October 1, which was also the day before my birthday. I turned 36 the day after and the average age of all my competitors was early 20s!” Chiller remembered.

“Unfortunately for me, the Games had come a little late, but it was still an incredible honour to finally walk into the stadium as an athlete, albeit not in the ‘prime’ of my competitive career.”

“I remember clearly arriving back in the Village after my event – which started at 7 in the morning and finished very late in the afternoon.

“I was walking back to my hut in the Village in my running gear, dragging my fencing bag and all the other paraphernalia you need doing 5 sports and I saw everyone else from the Australian team all dressed up and getting on the buses to go to the Closing Ceremony. All I wanted to do was rest but knew I could not miss the Ceremony alongside my teammates”

Leading into the Games, Chiller had many injuries, making preparation less than  ideal; these injuries included a fractured skull in a riding accident 2 years prior and sustaining a broken nose in the Olympic trials. But despite the challenges representing Australia as an athlete at the Games was an historical moment.

“I also fractured my kneecap just a week prior, so I certainly wasn’t at my best on the day. But I am still proud of my 14th place; just to have participated was success in itself” Chiller said.

Being a member of the Australian Olympic Team has been a highlight, and now as President of Modern Pentathlon Australia, Chiller looks back fondly on her experiences with the team.

“I remember walking back to the Village after the Opening Ceremony, and I found myself next to Deputy Chef de Mission Peter Montgomery.

“I remember thinking at the time, wow this man is incredible – he’s been to 5 Games as an athlete, and now he is Deputy Chef, what an honour it must be for him to be able to be still involved in the Olympic movement and to give back to the Team.”

Little did Chiller know at the time, that it would be a little over a decade later that she would hold the same role, taking part in the 2012 London Games as Deputy Chef de Mission and then Chef de Mission for Rio in 2016.

The Sydney Games are widely agreed to be the greatest and most successful games that Australia has taken part in, with the entire country illustrating their national pride in support of the 632 athletes who wore the green and gold.

“Sport is an incredible vehicle to grow and develop – professionally and personally.” Chiller explained.

“It teaches you so many life skills; takes you to so many corners of the globe and enables you to meet so many incredible people.

“The Olympic movement has provided me with an opportunity to give back, something that I believe in very strongly.

“I had to wait 18 years for my Olympic dream to come true, but it was well worth the wait!”