Road to Tokyo: Carrier emerges from the waves with feet on the ground 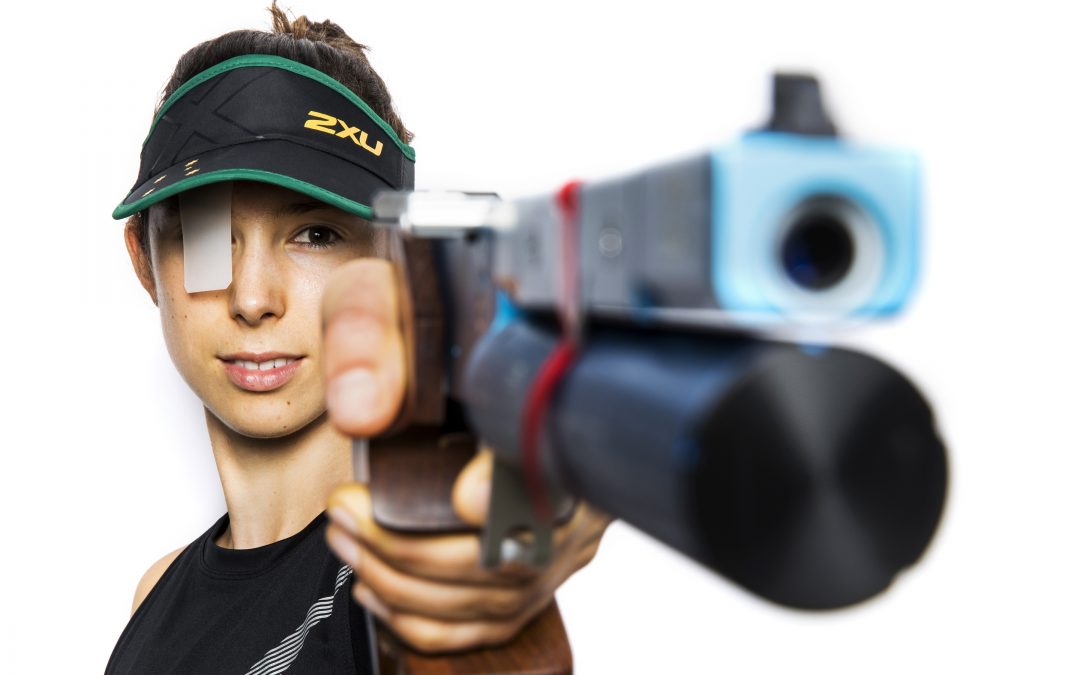 Negotiating the waves of the Tasman Sea was a calming distraction for the pentathlete during the enforced lockdown of 2020, not least because she was recovering from a stress fracture to her thigh. Now she feels fit and ready to take the air and travel to Tokyo for the rescheduled Olympic Games.

The Australian, 24, has the unenviable task of following in the footsteps of Chloe Esposito this summer. But if expectations are raised because of her compatriot’s spectacular success at Rio 2016, Carrier (AUS) seems to be keeping her feet very much on the ground.

She has a strong support network around her, including fellow qualifier and training partner Ed Fernon (AUS), and a solid grounding in Modern Pentathlon going back to her early days competing in the Nanjing 2014 Youth Olympic Games, then impressing with an 8th place in the UIPM 2017 Junior World Championships, followed by numerous strong performances in the UIPM Pentathlon World Cup and other international competitions in Europe.

In the latest Road to Tokyo interview, Carrier (AUS) talks about her motivations, her memories and the sheer magic of watching a fellow Australian show that anything is possible in Modern Pentathlon if you train hard and commit.

Q: How did it feel when you discovered you had secured a qualification place for the Tokyo Olympics for Australia?
A: Pretty surreal, to be honest! It was back in February 2020 at a time when things were really uncertain with COVID and the postponement of the Olympic Games. With everything that’s happened over the last 12 months it’s still sinking in.

Q: Did you watch the Modern Pentathlon at the Rio 2016 Olympic Games? What were you thinking?
A: I absolutely did! I remember it was early morning, and I was watching before I went to training for the day. I got goosebumps watching Chloe take the lead on that last lap. She worked so hard and to see her win for herself and for Australia was just epic.

Q: What would it mean to you if selected to compete for Australia at Tokyo 2020 in 2021?
A: I’ve been officially selected to the Australian team and it’s the ultimate testament to all the hard work that my team and I have put in for so long. I’m excited to see what we can do at the Games.

Q: What do you think about the Olympics being postponed until 2021?
A: I’m so grateful to everyone in the Australian Olympic Committee, International Olympic Committee and Japanese Government for their commitment to making the Games as safe and successful as they can be. Personally for me, I was very injured through 2020, so the postponement was an unexpected opportunity for me to take the time to recover fully and be as strong as I can be for the Games this year.

Q: How have you been keeping up your physical and mental health during the Coronavirus crisis?
A: In Australia we’re so lucky to have access to so much beautiful nature; swimming in the ocean when the city was locked down was really calming and uplifting for me.

Doing as much training as I could and keeping up a routine was also very helpful, as was regularly keeping in touch with friends and family as best I could given the restrictions.

I’ve mostly been so grateful for all the good people I’ve had around me – I’ve had some very low points but they make it so much easier to get through those tough times.

Q: What has been the most challenging part?
A: The uncertainty of everything. It’s frustrating when things can change so rapidly, it’s so hard to make plans. You feel powerless.

Q: And what positive things have you seen?
A: People – friends, family and complete strangers – connecting in so many wonderful and heart- warming ways. I know it may be cliched, but I’ve loved the shifting of priorities and people reassessing what’s important in life: friendship, family, home, health, simple pleasures.

Q: When, and why, did you take up the Modern Pentathlon?
A: I lived in England for a year in 2010, where I was introduced to it at school – I just fell in love with the idea of it, and couldn’t wait to get started! I had a bit of a break from the sport when I moved back to Australia but was re-introduced to it by my training partner, Ed Fernon, at the end of 2012.

Q: What motivates you in training?
A: The enjoyment and satisfaction at the end of a training session is always pretty awesome – as is the hot shower and food afterwards!

Q: Describe yourself as an athlete in three words.
A: Energetic, chatty, organised.

Q: Who are your role models in sport, and in life?
A: Too many to name! Mostly I’m inspired by all the people who I see around me: my training partners, my coaches, my friends, my family, my partner.