Forbes Carlile MBE created history at the Helsinki Olympic Games in 1952 as Australia’s first Olympian in Modern Pentathlon where he finished 25th in a field of 51 competitors. However, Forbes achieved so much more and, along with being a true gentleman, it was his success as a swimming coach where he achieved legend status in Australian sport. Forbes was a swimming coach at the London 1948 Games, giving him the unique distinction of being the first Australian to coach and then compete at an Olympic Games. He would again coach at Melbourne 1956 and at Rome 1960 as the team’s scientific advisor. He was again selected as the Head Coach for Moscow 1980 before withdrawing after the Russian invasion of Afghanistan. 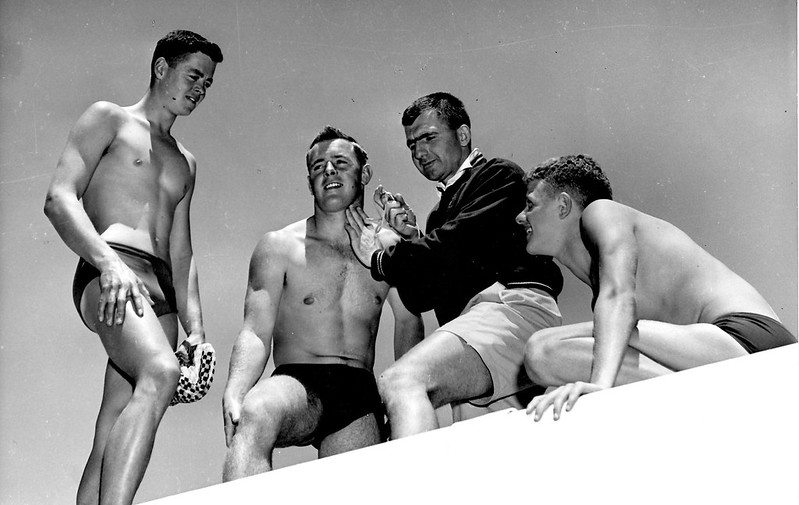 He was acknowledged for his pioneering work on elite athlete training methods and, together with his wife Ursula, and their assistant Tom Green, he produced many notable Olympians including Shane Gould, Terry Gathercole and Ian O’Brien. Throughout his coaching career, Carlile coached 52 members of the Australian Olympic, World Championship and Commonwealth Games teams, capturing 12 Olympic medals, including five individual gold medals and 31 individual world records. Forbes established Australia’s first commercial swimming school, which catered for all levels; and eventually began a university program that allowed athletes to study the swim program. When Forbes passed at age 95, just days before the Opening Ceremony of the Rio 2016 Olympic Games, the Team Chef de Mission and Olympian in Modern Pentathlon Kitty Chiller, expressed her condolences on behalf of the Australian Olympic team. “The passing of Forbes Carlile is incredibly sad and our thoughts are with his wife Ursula,” she said. “He was a true legend in Australian Olympic history as both an athlete and a coach. “He was Australia’s first-ever Olympian in Modern Pentathlon and it was a true honour to know him. “Just four weeks ago at the annual Kaplya Club (Helsinki Olympic reunion) he was asking me about the pentathlon event in Rio and he retained a keen interest and knowledge in the sport and the Olympics.” Forbes will forever remain part of Australia’s Modern Pentathlon and Olympic history. (With thanks to AOC Historians)