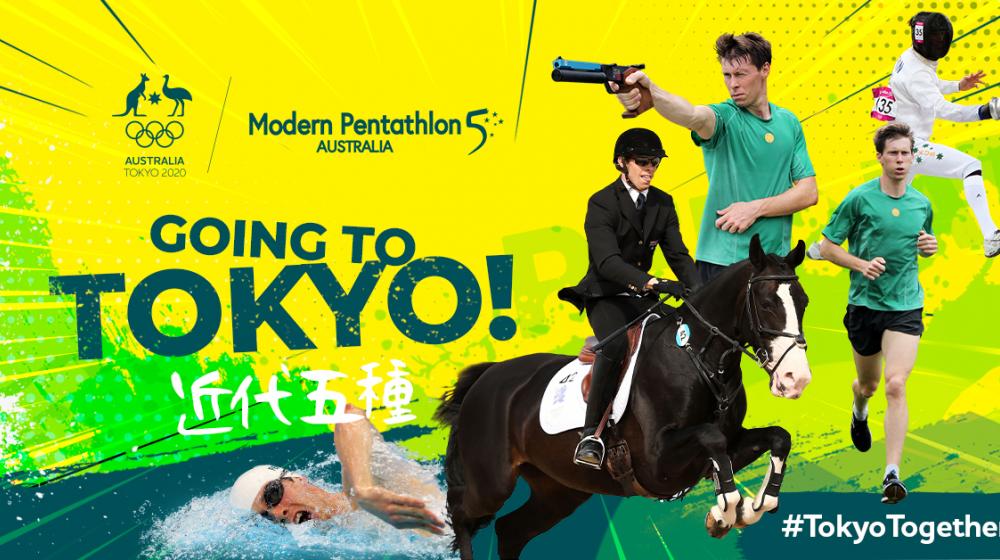 Ed Fernon was retired from the sport for four years before deciding to make a comeback around the middle of 2019 in the quest to qualify for his second Australian Olympic Team, after representing at the London 2012 Olympic Games. He was officially select to the 2020 Australian Olympic Team on 23 January 2019, after winning the Oceania qualifying event in China in late 2019.

Fernon had always dreamed of representing Australia at the Olympic Games. He chose the challenging sport of modern pentathlon despite never having tried fencing or shooting before, and he had a lot improving to do to be a competitive swimmer. However, he started training seriously while studying at Sydney University in 2007 and followed the advice of Daniel Esposito who told him he could make it to the Olympics if he gave it 100% consistent effort for a few years.

In 2011 Ed won a second national title and later that year he won the Oceania Championships, which secured his Olympic qualification. Chloe Esposito secured the women’s spot at London 2012.

At the London Olympic Games Fernon finished 27th from the 36-strong field. He was 17th in the riding and finished with the 14th fastest run-shoot time.

Fernon competed in a few international competitions in 2013 and 2014 and went up against Max Esposito at the qualifying event for the Rio 2016 Olympic Games. Max won the Asia/Oceania Championships to secure the spot for Rio 2016, where he eventually finished seventh. Fernon competed at the 2015 World Championships before taking an extended break from the sport.

During his break from the sport he got married (Oct 2015) and they started a family, with two young boys now in Team Fernon. Ed focused on his property development business and sought out more sporting adventures. He won the 2017 Mongol Derby – which is the longest and toughest horse race in the world, as well as climbing some of the highest mountain peaks in the world.

In 2019, Fernon was encouraged to come back to the sport from one of his coaches, Dean Gleeson, to try and secure the Oceania spot for the Tokyo 2020 Olympic Games. He achieved the international standard for the swim and laser-run at a competition in New Zealand and after only 12 weeks of intense training he competed at the Asia/Oceania Championships in Wuhuan, China against 18-year-old talent young athlete Rhys Lanskey.

Fernon produced one of his best international performances, including topping the show jumping discipline, to win the Oceania title and his spot at Tokyo 2020. He is expected to contest several World Cups and the World Championships as part of his preparation for a second Olympic Games.