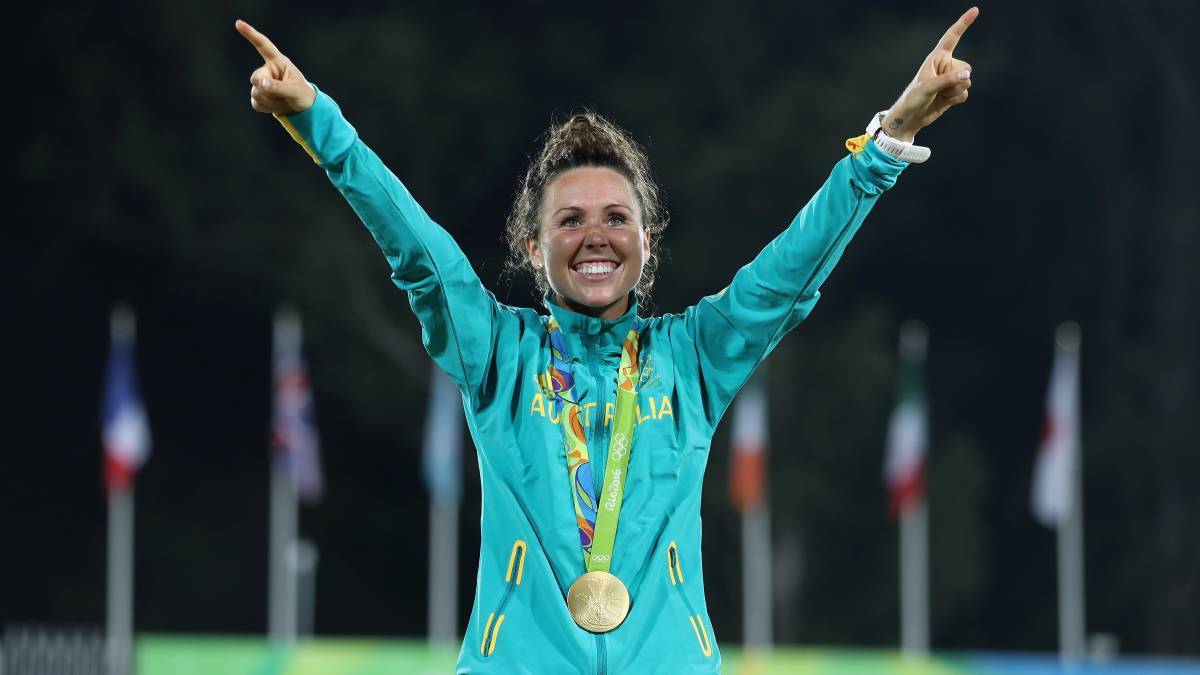 Chloe Esposito created history when she won gold at the Rio 2016 Olympic Games. Aged just 25, she won Australia’s first Olympic medal in the sport and set an Olympic record total of 1372 points.

Coming into the final event at Rio 2016, the combined running/shooting discipline, she was in seventh place. In her strongest event, she missed only one target in the four lots of five shots and she ran brilliantly for a combined time of 12 minutes, 10.19 seconds.

It was a family affair in Rio, with Chloe joined by her father and coach Daniel Esposito (Olympian in 1984) and her younger brother Max – who finished seventh on debut as Chloe did at London 2012.

Chloe is aiming for more success in 2020. She took a break from competition for over twelve months after the Olympics and also got married. When she returned to World Cup competition in 2018 she was 7th, 1st and 4th before winning the World Cup Final in Astana, Kazakhstan. For the first time in her career, she was world number one. She decided to miss the World Championships and return to Australia to let her body recover from some niggling injuries.

For most of the year, Chloe, Max and their mum and dad (coach) are based in Budapest, Hungary to be close to major competitions, top train facilities and plenty of fencers to improve their weakest discipline.