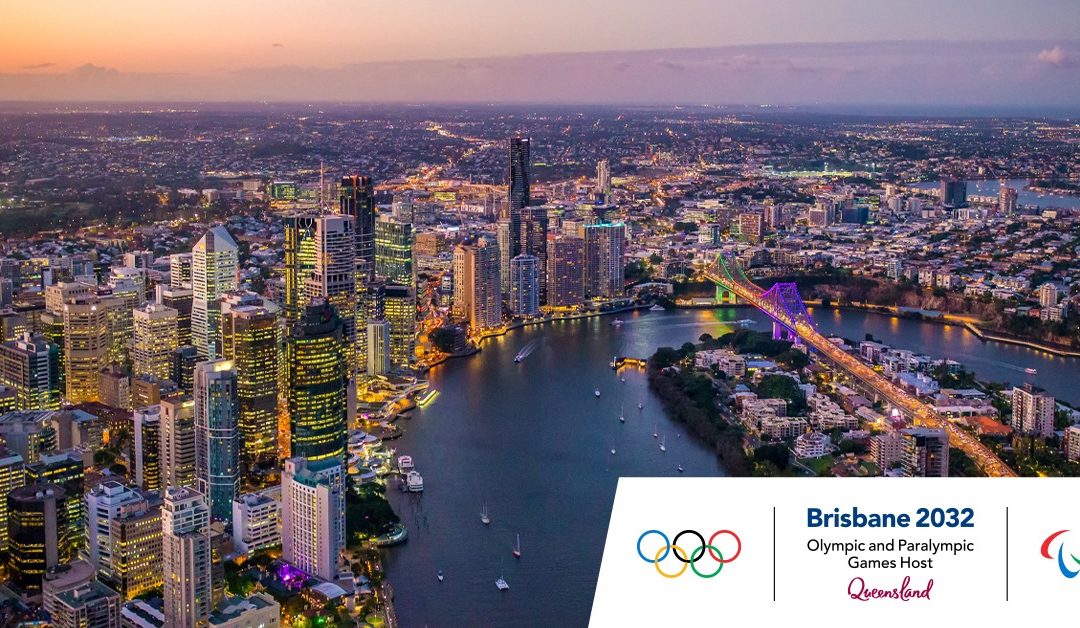 After years of planning the Brisbane, Queensland and Australia bid for the 2032 Olympic and Paralympic Games was comprehensivel approved by the International Olympic Committee in Tokyo.

Just as Melbourne and Sydney benefited greatly by hosting the Games, Brisbane and all of south-east Queensland will be transformed ahead of the world’s greatest spectacle coming back to Australia in 2032.

Rhys Lanskey (19) – Brisbane athlete and AUS Junior Representative: “To perform with the world’s best in Australia is every athlete’s dream but to also be in my hometown of Brisbane with all of my family and friends able to be there would be absolutely awesome. This once in a lifetime opportunity would definitely inspire me to continue on my journey as a modern pentathlete. To be able to train and prepare for the Olympic Games here in Brisbane without the need to travel or acclimatise to the environment in another country would be a huge advantage to all of the Australian athletes.

“I’m sure all Australian’s were inspired by Chloe Esposito’s gold medal at Rio 2016. It will remain in history as one of those moments people remember. I wasn’t actually involved in pentathlon at the time and didn’t become involved until a couple of years later after taking up competing in Tetrathlon at Pony Club. And then being encouraged to become a modern pentathlete by Mark Taylor from Modern Pentathlon QLD. But Chloe’s win in Rio is definitely an inspiration for me to continue to aim for my dream to represent Australia at the Olympics.

“I’ll be 30 when Queensland hosts the 2032 Olympics with a lot of years of experience behind me but a great age to have reached my peak in modern pentathlon. Some of the highest ranked pentathletes in the world are around the age of 30. There’s so much to learn and master when there’s 5 disciplines in your sport, that age and experience can make all the difference at an Olympic Games.”

Lachlan Nicholls (17) – Victorian Athlete and AUS Junior Representative
“I remember that I used to love watching Usain Bolt running in the Olympics and I thought that it would be so cool if you were that good and you could show off your skill to the whole world.

“Having the Olympics in Brisbane would make me more determined to train as hard as I can because I would be able to share the journey with my friends and family, it will really inspire me to work as hard as possible to be able to compete in my home country.

“It would be an indescribable feeling representing Australia at the Olympics. To be able to do this in my home country with the local crowd support behind would motivate even more.”

Matilda Mason (13) – Victorian Athlete
“I remember watching the last Summer Olympics games in Rio de Janeiro, Brazil. I have great memories watching many of the events, especially the gold medal win of Chloe Esposito and the bronze medal won by our Eventing team. Watching the Olympics was very inspiring and is fuelling my dream to compete at that level one day.

Definitely, a great motivator. What an amazing opportunity it would be to compete on home soil. It is my ultimate long-term goal.

The feeling of competing in Australia at the Olympics would be incredible, I would be very proud and excited.  To be able to represent Australia at this level in front of friends, family and Australian fans would be an opportunity of a lifetime.”

Amos Vagg (17) – Victorian Athlete and AUS Junior Representative:
“There is a magic to the Olympics that makes them unforgettable.

“Throughout my life I can constantly recall my parents reminiscing about the amazing experience of spectating all kinds of sports at the Sydney Olympics, even the memory of it brings immense joy 20 years on. The first Olympics I recall was the Show Jumping in London 2012 -it was incredible watching my idols jumping seemingly unassailable jumps on beautiful, courageous steeds, while surrounded by the landmarks of England throughout.

“Having Brisbane host the Olympics in 2032 would be incredible. Representing Australia at the Olympics is a dream that I’d love to achieve at any Olympics, but having the games on our home soil makes me determined to do everything in my power to be there. To represent Australia in Pentathlon in our beautiful country would be an honour above all else, and I pray that I’ll be able to experience it in Brisbane 2032, our own beautiful city surrounded by it’s incredible culture and landmarks.

“Nothing can compare to the atmosphere one will feel competing in an Olympics at home, it can only be described as magic.”

Grace Healey (16) – Victorian Athlete and AUS Junior Representative “Competing at the Olympics in my home country would be an amazing experience. Being able to have your whole family there along with friends and the rest of your country, it would be unreal.

“I don’t necessarily remember my first time watching the Olympic Games but I do remember never turning off the TV during the 2016 Rio Olympics (we even watched it at school in the background). I loved watching Chloe win the pentathlon along with the many medals taken out in the swimming events.

“At the moment my training has come to a halt but I would love to get back into pentathlons and strive for the Olympics either in Swimming, Pentathlon or Equestrian. An Olympics in my own country would definitely make that dream a lot more significant.”

Zara Temesi (15) – NSW Athlete and AUS Junior Representative:
“My parents have been watching the Olympics for as long as they can remember, I began to take notice during the 2016 Olympics in Rio. It was the women’s Laser Run, the Rio 2016 Olympics, and it was the last 800m left until the finish. Me, my Mum and my Dad were shouting with enthusiasm and sitting at the edge of the couch when we saw the last stretch and Chloe cross the finish line. We were so happy and proud of her to represent our country and finish 1st, it made me believe finally that this was possible for anyone.

“An Olympic Games in Brisbane would definitely inspire me to keep working hard in training. The ability to represent your country at the Olympics in your own country would give me so much pride and confidence. Having my home country standing behind me so close definitely would help me and inspire me to work even harder in training.

“Having the ability to represent Australia at the Olympic Games in Brisbane in 2032 in front of all my friends, family and Australian fans would be an amazing feeling. I believe it would bring so much more strength and confidence within yourself to make your country proud.”

Chloe Esposito – London 2012 Olympics and 2016 Olympic Champion: “So so excited about the Olympis being held in Brisbane in 2032!!

Kitty Chiller – Sydney 2000 Olympian and MPA President:
“Like everyone, I can clearly remember the day that Sydney was announced as the host city for 2000 (in September 1993) and it was at those Games that I was privileged to be Australia’s first ever female Olympic Modern Pentathlon competitor.

“Having the Games back in Australia will provide a whole new generation of young athletes the motivation to aspire to be an Olympian. A home Games will also inspire the entire nation to lead healthy and active lives and will leave an incredible legacy for elite and participation sport throughout the country.

“With such a long runway leading into 2032, as a sport sector we will never have a better opportunity to prepare our athletes, coaches, technical officials and venues to be of the best possible standard to not only achieve success on the field of play but to inspire a whole nation.”

Competition in some team sports has commenced in Tokyo ahead of the Opening Ceremony on Friday night. It is a fantastic time zone for everyone to catch all the action. We will be providing plenty of coverage of Ed and Marina on our website and social channels. And general Australian Games excitement. Find out more about how to watch the Games here>>