New Zealand elected a new President in 2018 and have become very active again, after being largely inactive for the previous eight years. Hamilton in September 2018 staged the first Modern Pentathlon event held in New Zealand for over a decade. A new Board was ratified at the end of 2018 and they are currently focusing on ensuring their governance framework is in place. As well as staging regular training activities and further events, including a Laser Run in 2019. (further details below).

Modern Pentathlon Australia (MPA) maintains a close working relationship with its international federation, the Union Internationale de Pentathlon Moderne (UIPM). The Oceania Confederation exists primarily to promote UIPM activities with an aim of increasing the reach of the sport within the region. The focus of the Oceania Confederation is on development sports and programs, primarily the Laser Run.

All the details for Modern Pentathlon in Australia and the proud history of the sport are available on this site.

The focus of the Oceania Confederation in trying to attract new member nations in the 2017 – 20 quadrennium will remain focused on the World Schools Biathlon program. This will generate greater interest and awareness of the sport among the island nations which can be built on into the future. 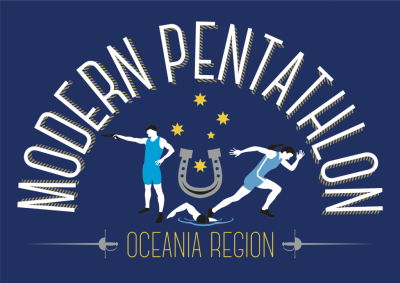 The sport is in its infancy in New Zealand, with lots of positive signs with registered athletes, including Para-competitors, equipment.

Waikato Modern Pentathlon has regular athletes training weekly and is continuing to grow. There are lots of athletes starting out with several showing potential and ambition to represent the New Zealand in competitions overseas. Interest is also growing in the South Island.

Partnering with Achilles International in New Zealand, a handful of athletes were confident enough with support to compete with able-bodied athletes. There has been a lot of positive feedback from the athletes and Achilles International. Relevant requirements for each discipline are catered for, with Fencing as an example set-up based on an athletes’ abilities.

Getting Involved in New Zealand