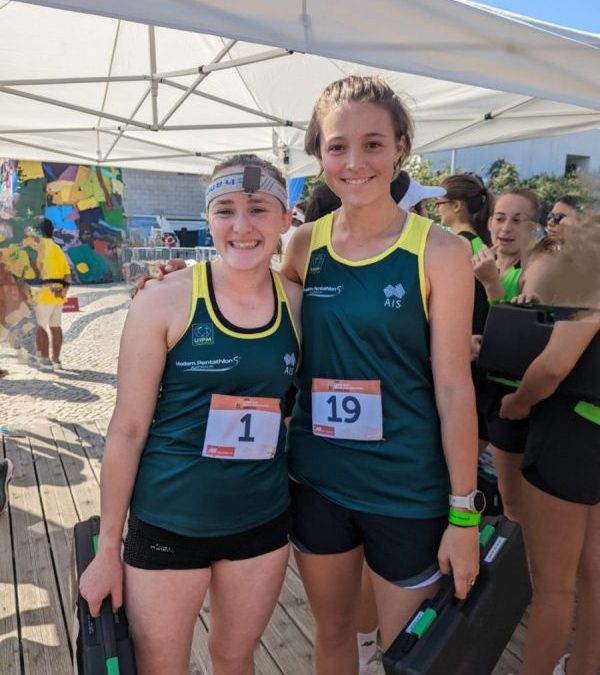 Genevieve Janse van Rensburg and Tully Watt will start their 2023 senior international campaign at World Cup #1, being held in Cairo, Egypt. March 7th to 12th. International competition experience and exposure is vital for athlete development and progression in the...

Statement from the MPA Executive Board

Modern pentathlon is at risk of forever losing its place on the Olympic Games program after Paris 2024, having been excluded from the initial program for Los Angeles 2028.   Modern pentathlon was created specifically... 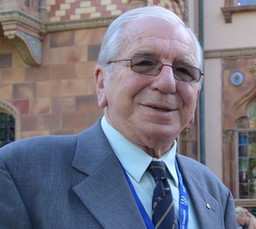 March 8, 1935 - September 16, 2022 It is with much sadness that MPA marks the passing of John Pennell AO, Life Member MPA and MPV.  For more than 50 years, John was a friend and loyal supporter of the world of modern pentathlon in Australia and internationally,... 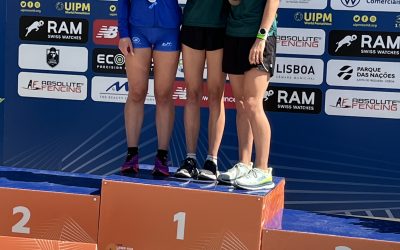 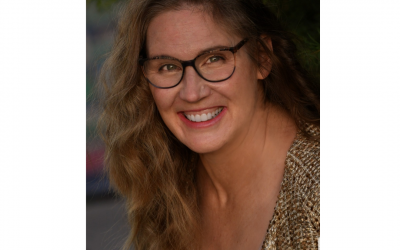 Following an EOI process triggered by Kitty Chiller’s resignation as MPA president, the MPA Executive is pleased to announce that Maki Takken has been appointed as President.   Maki had recently joined the executive team as a non-elected member, and brings a... 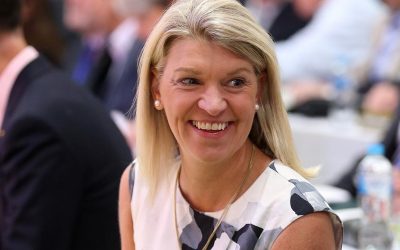 Kitty Chiller steps down from MPA after 12 years as President

Kitty Chiller AM has made the ‘very difficult decision’ to step down as the President of Modern Pentathlon Australia. 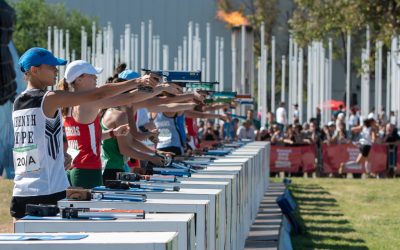 Modern Pentathlon Australia is excited to announce the following athletes who have been selected as part of the national team to participate in upcoming international events in 2022. International competition experience and exposure is necessary for our athletes to... 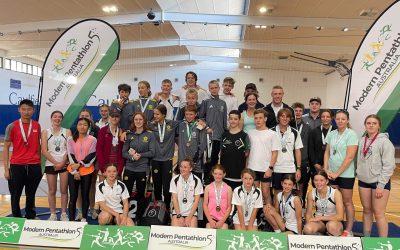 Australia’s outstanding pentathletes have turned out in record numbers, adapted to the new competition format really well and delivered impressive performances at the 2022 National Championships in Melbourne. 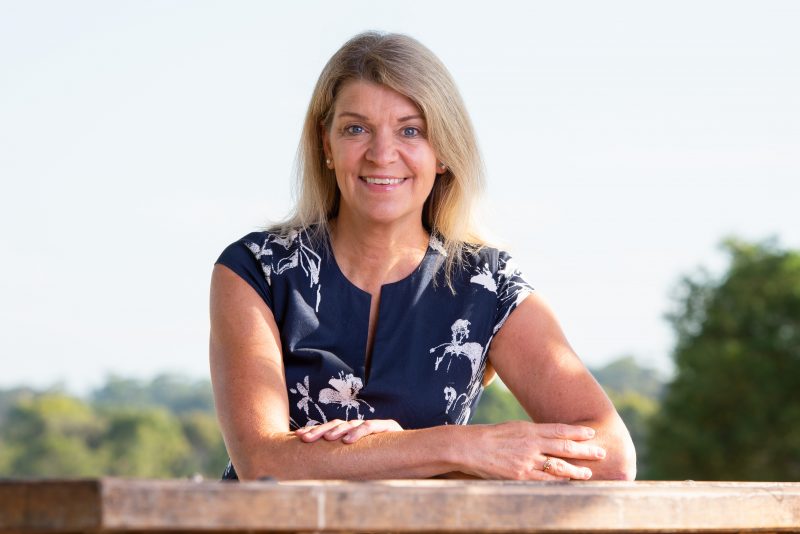 Three new representatives were elected to the MPA Executive at the AGM in Melbourne on Friday night, after the first day of competition at the 2022 National Championships. 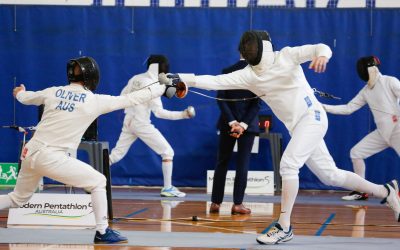 Great opening day of competition at the 2022 Nationals

After the first day of competition at the 2022 Australian Championships in Melbourne there have been plenty of fantastic performances and an extremely tight contest for the senior women’s title. 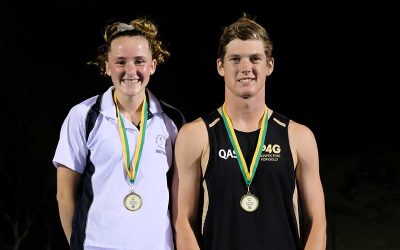 MPA calls for Executive nominations and motions for the AGM

MPA has written to our Voting Member States calling for nominations for the Executive and proposed resolution or motions for the upcoming AGM.

Executive Summary of Riding consultation and Position Statement to UIPM

MPA will continue our own dialogue with members ahead of the UIPM Congress (November 27-28) and provide all feedback to the UIPM. 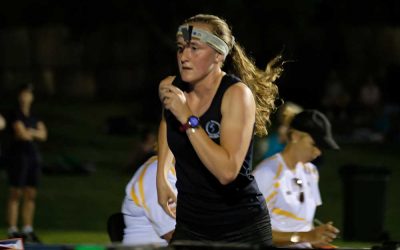 Modern Pentathlete Tully Watt is embracing great learning opportunities as she takes part in the AIS Elevate Coach Program.  Developed by the Australian Institute of Sport to build upon the successful Elevate e-Coach Program that was piloted in 2020, a tailored... 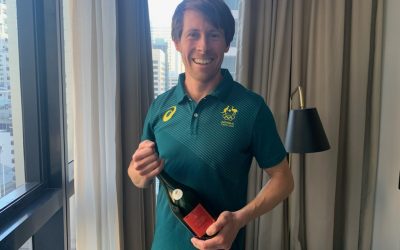 Ed Fernon has celebrated the safe arrival of his third child into the world, from hotel quarantine 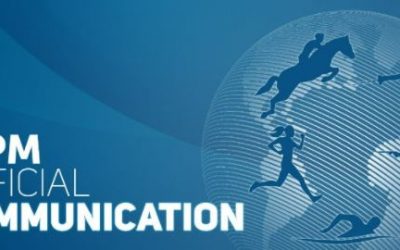 Yesterday UIPM released a media statement in regards to the show jumping discipline at the Tokyo 2020 Olympic Games and its intended course of action. MPA strongly supports the swift but considered action taken by UIPM and we look forward to assisting the process...

Dear MPA members and fans of Modern Pentathlon, Given the recent completion of the Tokyo 2020 Olympic Games and the controversy surrounding our sport at the Games, I wanted to take this opportunity to write to you all. Firstly though I want to congratulate... 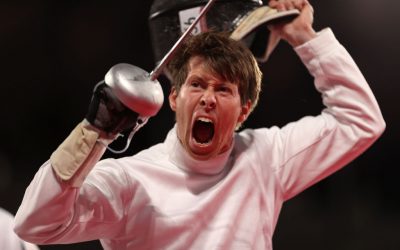 Fernon sacrificed so much and gained a lot more

Ed Fernon didn't have anything to prove and he knew the sacrifices involved, but he wanted to challenge himself against the world's best pentathletes at the Olympic Games again. As a 24-year-old he was 27th at the London Olympic Games after only a few years in the... 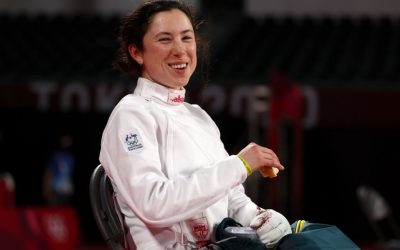 Carrier proud of gutsy performance after long journey to Tokyo

Marina Carrier has produced a gutsy performance on Olympic debut to place 27th at the Tokyo Games. 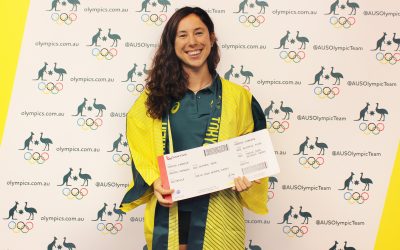 Carrier ready to enjoy her big day at the Games

Today is Marina Carrier’s day to shine and enjoy being a Modern Pentathlon Olympian.

After 18 months of no international competition, modern pentathletes Marina Carrier and Ed Fernon were back representing Australia at the Tokyo 2020 Olympic Games. 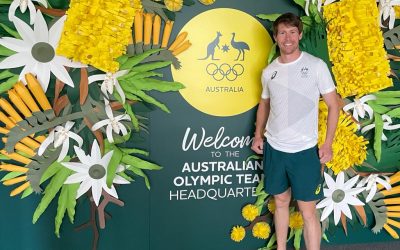 Ed and Marina all set for Tokyo competition

Australia’s Olympic pentathlon representatives Ed Fernon and Marina Carrier arrived in the Tokyo Olympic Village on Saturday night and have got straight into their training, final preparations, and venue familiarisation. 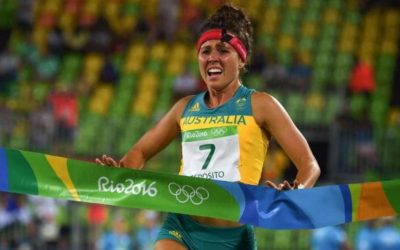 At home being a mum and not in Tokyo, Chloe Esposito wishes the team well and confirms her motivation for Paris 2024 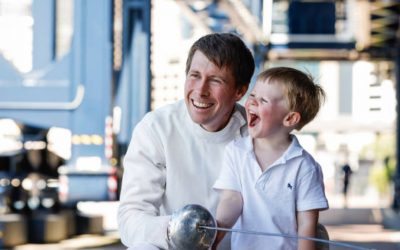 Ed Fernon’s letter to the youth of Australia

Aussie kids inspired Ed Fernon at London 2012 through their letters of support, so he is returning the favour and sharing advice and his tips for success. 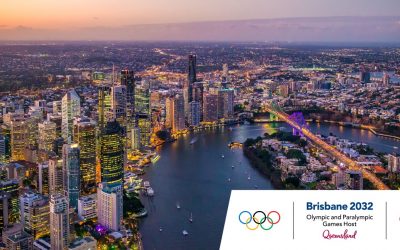 After years of planning the Brisbane, Queensland and Australia bid for the 2032 Olympic and Paralympic Games was comprehensivel approved by the International Olympic Committee in Tokyo. Just as Melbourne and Sydney benefited greatly by hosting the Games, Brisbane and... 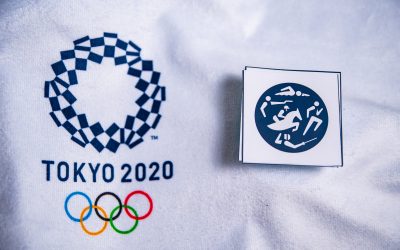 TOKYO 2020: Everything you need to know!

Ahead of competition, here is everything you need to know about Modern Pentathlon! Originally founded by Pierre De Coubertin in 1912, Modern Pentathlon is a sport designed for the perfect all-around with five sports, fencing, equestrian, swimming, running and... 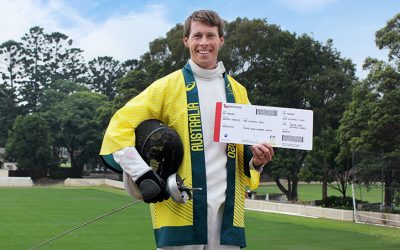 Ed Fernon was retired from the sport for four years before deciding to make a comeback around the middle of 2019 in the quest to qualify for his second Australian Olympic Team, after representing at the London 2012 Olympic Games. He was officially selected to the 2020...

Marina Carrier first represented Australia in Modern Pentathlon at the 2014 Youth Olympic Games in Nanjing, China (aged 17). One year later she was the second Oceania athlete behind Chloe Espoito, who went on to create history and win Olympic gold at Rio 2016. Marina... 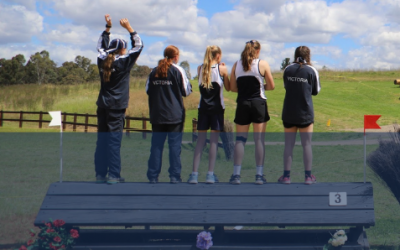 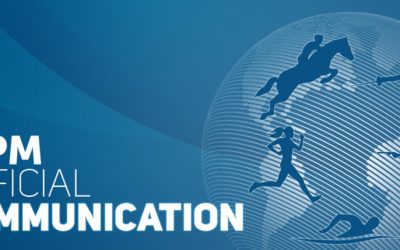 Follow the Modern Pentathlon Australia Facebook page, and look for our athletes social links on their profile pages, to stay in touch with what's happening in the sport here in Australia and across the world.