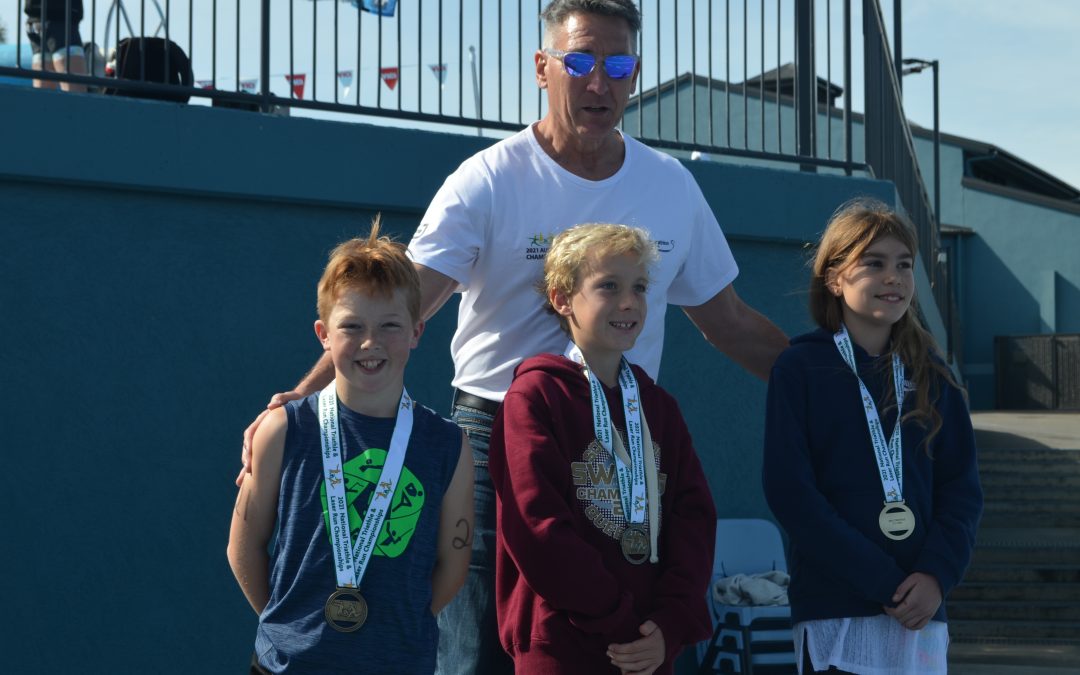 A fantastic morning of competition kicked off the inaugural National Triathle and Laser Run Championships, staring with Saturday’s Triathle.

31 competitors ranging in age from 10-60 competed across three exciting Triathle races, at Sheldon College in Brisbane – with many trying the sport for the first time.

There was a wonderful mix of pentathletes, triathletes, track runners and tetrathletes. Triathle involves laser pistol shooting, swim and running. And repeat for several laps.

With varying distances for the different age groups.Congratulations to all the competitors, medallists and a big thank you to all the volunteers, coaches, parents, supporters and special thanks to the big contingent from Coffs Penta.

The closest finish of the day was in the U15 boys with Max Clarke just eight seconds ahead of Ted Kleinschafer.

Sunday followed with the Laser Run, delivering an exciting competition, fantastic performances and an important hit-out for our two Tokyo bound athletes.

There were 25 competitors competing across the two races at Sheldon College in Brisbane, with many athletes backing up from the Triathle the day prior.

Tokyo bound 2012 Olympian Ed Fernon was the stand-out on the track but shot well below his best and couldn’t quite pull back Tom on the final 800 metres. Ed crossed the line six seconds behind and unfortunately didn’t exit the laser pistol range correctly the final time and was disqualified. Marina Carrier shot and ran superbly to confirm her good form ahead of her debut Olympic Games and to take out the women’s title in 12:22.79.

Zara Temesi at just 15, competing in the U17 division was the stand-out of all athletes in the shooting range and was super strong on the track. She completed all four of her shooting series in under 10 seconds and finished in a time of 6:36.59 (4x400m and 4×5 shots).Another highlight of the day was the young athletes and masters performing well and loving the sport.

Special thanks again to all the volunteers, coaches, parents, and athletes who have travelled to compete and build our pentathlon community. And the wonderful coaches and staff at Sheldon College, with a special mention to Ben Norton from On Track Running for his support for the whole event.

The athletes, coaches and volunteers who were unable to travel were missed and we look forward to all athletes from around Australia being able to compete together later in the year.