Kitty Chiller steps down from MPA after 12 years as President 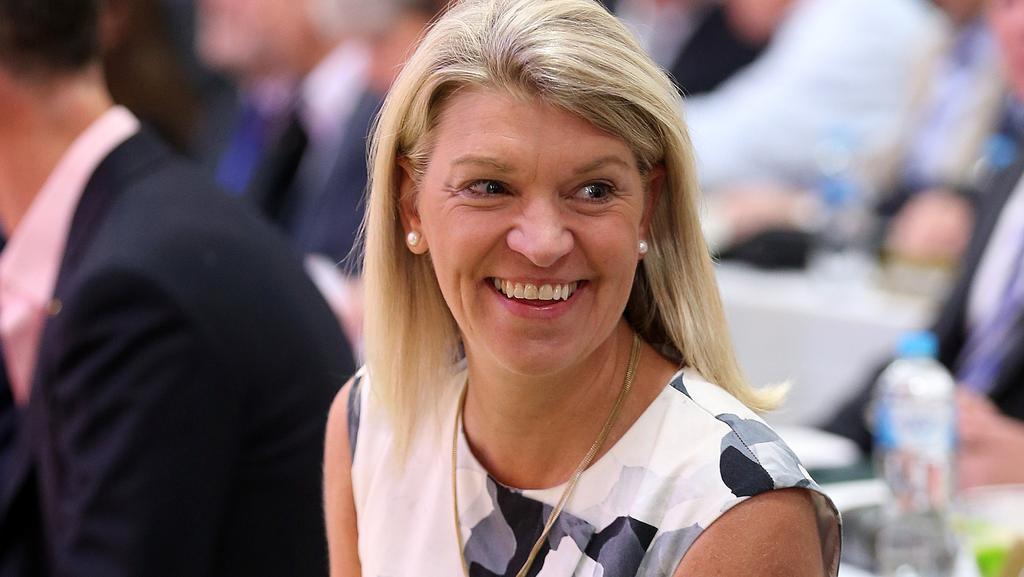 Kitty Chiller AM has made the ‘very difficult decision’ to step down as the President of Modern Pentathlon Australia. After being involved in the sport for four decades, including the last 12 years as President while also holding down several other demanding roles, she says now is the right time to step back and give the opportunity to someone else who has the time to commit to the role.

Kitty advised the MPA Executive of her resignation at a meeting on Friday night before writing to members and colleagues. In her letter she wrote:

‘It is with a very sad heart that I write to tender my resignation as President of Modern Pentathlon Australia, a position I have held with pride since 2010.

‘While I have always been very happy and indeed passionate to give back to the sport that gave me so much, unfortunately I am now at a point of my life where I cannot sustain the required commitment for MPA any longer. This very difficult decision has taken into consideration my new role at the National Sports Tribunal, my volunteer international sport role commitments (FIG, UIPM and the IOC Athlete’s Entourage Commission), along with my recent re-election to the Australian Olympic Committee Executive and also my health.

‘When I take on any position I do so with nothing less than 110% commitment and I am not able to continue that level of attention and energy for MPA any longer,’ Kitty wrote.

This year marks 40 years of Kitty’s involvement in pentathlon. Kitty started as an athlete in 1982 and in 1996 she achieved the world number one ranking, in the European dominated sport. She played a role in the women’s event making its Olympic debut at Sydney 2000, where she fulfilled her Olympic dream as a competitor and closed out her international athletic career.

Kitty then continued to work tirelessly as an administrator and high-performance manager. She has always put the athletes first and is known for pushing for gender equality and ‘challenging the norms’ within sport. She was awarded the IOC Women in Sport Award for Oceania in 2020 and an AM for her services to Modern Pentathlon in 2019.

Kitty has also ensured that the sport of Modern Pentathlon, and other minor sports, have not been forgotten in the planning of athlete services. At Rio 2016 she was overcome with emotion in the stands as Chloe Esposito became Olympic Champion. Kitty always believed that success was possible and was an instrumental supporter behind the scenes for Chloe, brother Max and father/coach Daniel in their quest to achieve their Olympic dreams.

“It is a big decision and one that I know Kitty has not taken lightly,” Chesterman said.

“What Kitty has been able to achieve for the sport and Australian Olympic Teams, including as Australia’s first female Chef de Mission, has been remarkable. Her legacy for pentathlon, and women’s sports administration cannot be underestimated.

“I have been fortunate to work closely with Kitty over many years and am pleased that she has decided to continue on the AOC Executive where I know she will continue to advocate for all Olympic sports and champion the Olympic movement here in Australia,” Mr Chesterman concluded.

Olympian Ed Fernon praised Kitty for the impact she had on his career, including him coming out of retirement to compete at his second Games at Tokyo 2020.

“Kitty’s encouragement and support was a significant factor in my decision to make a comeback for Tokyo 2020. I cannot thank her enough for her contribution to the sport and to myself personally,” Fernon said.

As well as witnessing the success of Chloe and Max in Rio, and her pivotal roles in the London 2012 and 2016 Olympic Teams, Kitty has achieved so much in her 12 years as MPA President. Some highlights include:

In concluding her letter to MPA members, colleagues and friends she wrote:

‘There have certainly been some challenging times during that four-decade period but we have worked together to get through them, and be a stronger organisation as a result. I can only hope that that continues. Special thanks to all who have served on the MPA Executive and the other volunteers who have supported the sport at the grass roots level during this time.

‘As I am sure many of you will understand this has not been an easy decision at all. Modern Pentathlon in Australia has been my life for 40 years. I am fortunate to have many happy memories, experiences and friends, but the time is right for me to step aside to focus on my health and other roles. I will not be a stranger though and I will be watching closely with much interest to hopefully see our sport continue to flourish in Australia.”

Kitty will remain in her elected position for the Paris 2024 quad as President of Modern Pentathlon Oceania and will retain her seat on the International MP Federation Executive.

Maki Takken, a recent appointee to the MPA Board and former athlete who competed alongside Kitty in the 1990s, reflected on Kitty’s contribution.

“Kitty’s focus, commitment and determination shone through as a competitor, and she has been equally tireless in her pursuit of excellence as a sports administrator,” Takken said.

“During her 12 years at the helm, Kitty has deftly steered the MPA through significant periods of upheaval across the Australian and international sporting landscape, and her experience, knowledge and connections have been an enormous boon to athletes, coaches, officials and administrators alike.”

In the wake of Kitty’s resignation as President, the MPA Executive will immediately commence the process to appoint a successor and is seeking expressions of interest from those with the appetite and skill sets necessary to lead the organisation, with the support of the Executive, through to the Paris Olympic Games. Details of the role, and the appointment process, will be available on the MPA website modernpentathlon.org.au shortly.