Fernon sacrificed so much and gained a lot more 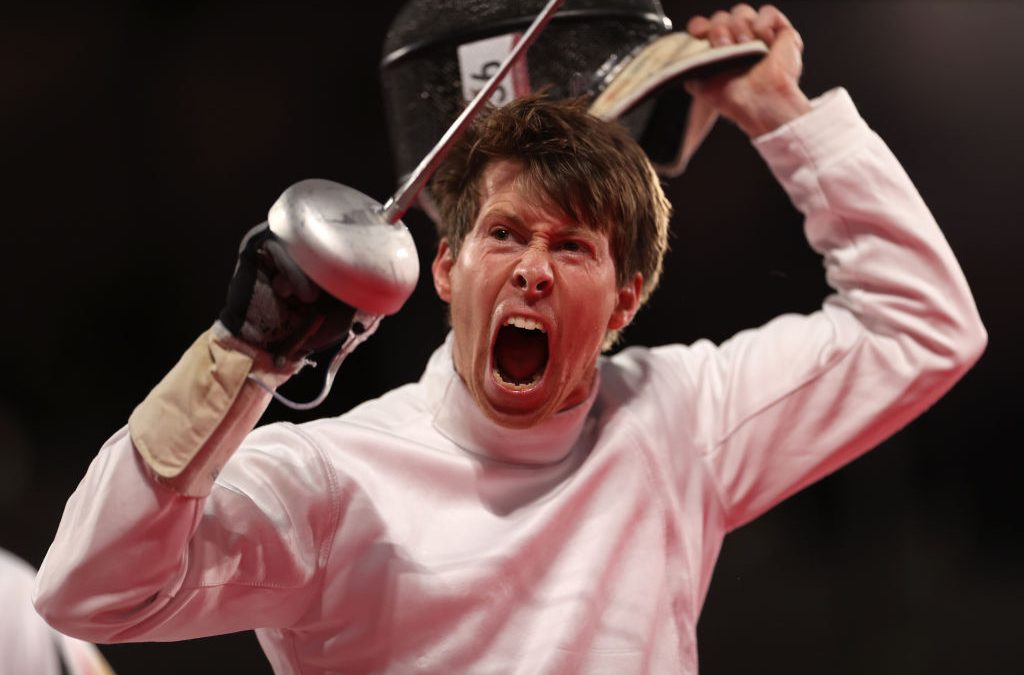 Ed Fernon didn’t have anything to prove and he knew the sacrifices involved, but he wanted to challenge himself against the world’s best pentathletes at the Olympic Games again.

As a 24-year-old he was 27th at the London Olympic Games after only a few years in the sport. And after missing selection for Rio 2016, to Max Esposito who finished seventh in Brazil, he retired from the sport, got married and focused on his business.

But in the middle of 2019 his old coach Dean Gleeson suggested he should come back and try for Tokyo. After a lot of thinking, support from his wife, and some more convincing he turned his life upside down to combine intense training for five sports into his already busy weeks.

Two years on and after training through COVID lockdowns, and competing in only one international competition in six years, the 33-year-old placed 31st with 1309 points.

It wasn’t the placing he had sacrificed so much for, but there is so much more to this Games campaign than the placing on the results sheet.

“I’m disappointed with the result. I came here to achieve certain goals and I didn’t quite get there,” Fernon said.

“Pentathlon is a very difficult sport, mentally and physically. The heat in Tokyo was certainly another factor. But I’m proud of completing my second Olympic Games and just being part of the Tokyo Olympic spirit, which has been fantastic.

“Not everyone can win a medal but everyone can go away remembering their experience in Tokyo and have lifelong friends and memories and I think that’s very special.”

Fernon started the Fencing Ranking Round on Thursday with three quick wins but then he had a run of defeats and then started cramping midway through the 35 bouts and had to fight hard at the end to pick off more wins. With just nine victories he was on the back foot from the start of the competition and, despite fighting back well in the swimming, the fencing bonus round and show jumping, when many others faltered, he needed to shoot and run exceptionally to get the result he wanted.

But in the final Laser Run event, where he felt he was ready to produce a great performance, Fernon struggled on two of the four trips to the shooting range and couldn’t match that fast-running tempo of those ahead of him.

“I wasn’t nervous, I was pretty relaxed through the whole competition,” Fernon recalled.

“I didn’t get the results I was hoping for in individual events but there were pockets to be thankful for. I swam one second off my PB which I swam in 2013, and almost three seconds quicker than I did in London.”

“I rode well, I was up there in the ride, I started well in the fencing bonus round, my arm was just cramping so I couldn’t perform as I would have liked to perform in the ranking round on Thursday. I think I could have done very well in that event.”

There were many differences for Fernon between London 2012 and the ‘COVID Games’ of Tokyo. But he felt there were so many postitive experiences he would take away from the Game and lifelong friendships that have been made.

Fernon’s coach Dean Gleeson, who encouraged him back into the sport, knows better than anyone how hard he has worked and the sacrifices he has made.

“The extra year has benefited him to get that extra year in training after a five-year break from the sport and he’s worked incredibly hard over 20 hrs a week for the past two years.

“He’s made lots of sacrifices along the way like everybody has that is here and I’m really proud of his performance here today.

Fernon has only competed in one international competition in six years and was still extremely competitive at the Tokyo Games.

“That’s been one of the big challenges for people in Australia across a variety of events being caught in Australia due to COVID,” Gleeson said.

“We’ve been fortunate in the fact that we haven’t seen a lot of the virus but we have been in Australia so we’ve lacked international competition. So in his case we’ve done everything we can in training to make up for that and I don’t think we could have done anymore.”

Gleeson has so much admiration for Fernon.

“He’s about to have his third child while he’s in quarantine and I think that’s an amazing thing and just one of the things he’s accomplished.”

Fernon and Gleeson will leave Tokyo on Sunday morning. Fernon and his wife Pip are expecting their third child right on the cusp of him finishing quarantine so he has a lot going on when he gets back to Sydney.

“I have my third child due in two weeks when I’m in quarantine so I’m very much looking forward to the most important day in August coming up for me,” he said

“I’ve got a lot to make up for with my wife and my kids and looking forward to spending some good quality family time with them.”

“It’s tough for my wife. She’s been so supportive of wanting me to make the comeback first of all to be here, so I’m incredibly thankful and grateful for all her support, my friends and family and everyone who made it possible.”

Fernon and his wife Pip understood his ability to take on a challenge when he set his sights on Tokyo. He has won the Mongel Derby, the longest and hardest horse race in the world. He has ridden from Sydney to Melbourne to raise money for the Black Dog Institute and climbed the highest peak in the southern hemisphere, in Argentina.

So when he made the comeback it was a huge ask, but he hadn’t been sitting on the couch.

“I didn’t know where I was at physically, emotionally, and I just knew how much hard work was involved,” he said.

“I think if there’s something that really scared me like that, and at the same time I’m tremendously excited, that’s how I pick all my challenges.

“If something grabs me, and it’s a very audacious goal, then it’s something I am drawn to it.”

“Paris is a long way away and where I’m at with business and family, and everything else, I don’t think another Olympics will necessarily tick a box for me,” he said.

“So at this stage it’s no, but never say never.”