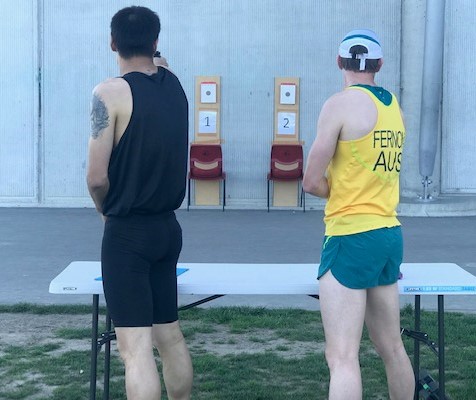 2012 Olympian Ed Fernon of Sydney has returned to competition with a win at a low-key competition in New Zealand on the weekend.

Fernon took out the competition with 1140 points over fellow Sydney-sider Liu Yang (1068 pts), with Victorian Darcy Wade (851 pts) in third.

Due to several horses being withdrawn on the eve of the competition not all athletes, including Yang, got a chance to ride, so these points were not counted – meaning the competition was a Tetrathlon (Fencing, Swimming, Laser-Run).

Fernon’s swimming time of 2 minutes, 14.84 seconds (200m freestyle) and his overall points achieved the entry standards needed for the 2020 Olympic qualification event which will take place in China in November. His swim was just slower than his time from the London Olympics. 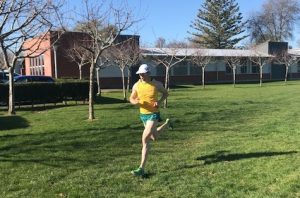 Yang topped the swim in New Zealand with 2:06.75, Fernon got one more win in the Fencing and completed the Laser-Run in 12 minutes 11 seconds, compared with Yang’s 13:31.

It appears 18-year-old National Champion Rhys Lanskey and Fernon will be battling for the Oceania spot at Tokyo 2020.

Lanskey elected to continue his training in Brisbane rather than travel to New Zealand, after returning recently from a successful competition block in Europe for the World Youth and World Junior Championships. Rio 2016 Olympian Max Esposito is out for an extended period with injury.

The 15-strong Australian contingent in New Zealand had a great competition. Victoria Squire (WA) took out the Open Women’s event. Aleska Van Heekeren (NSW) won the Junior Female. Ella Trevorrow (VIC) won the U/19 Female. Lachlan Nicholls (VIC) won the U/17 Male ahead of fellow Victorian Amos Vagg. In the U/17 Female Genevieve Janse Van Rensburg (NSW) was first, Grace Healey (VIC) was second and Lily Trevorrow (VIC) was third. Zara Temesi (NSW) won the U/15 Female and Tom Langdon (QLD) the U/15 Male. In the U/13 Female, Chloe Leen (VIC) took the win and Chloe A’Herne (VIC) was second.