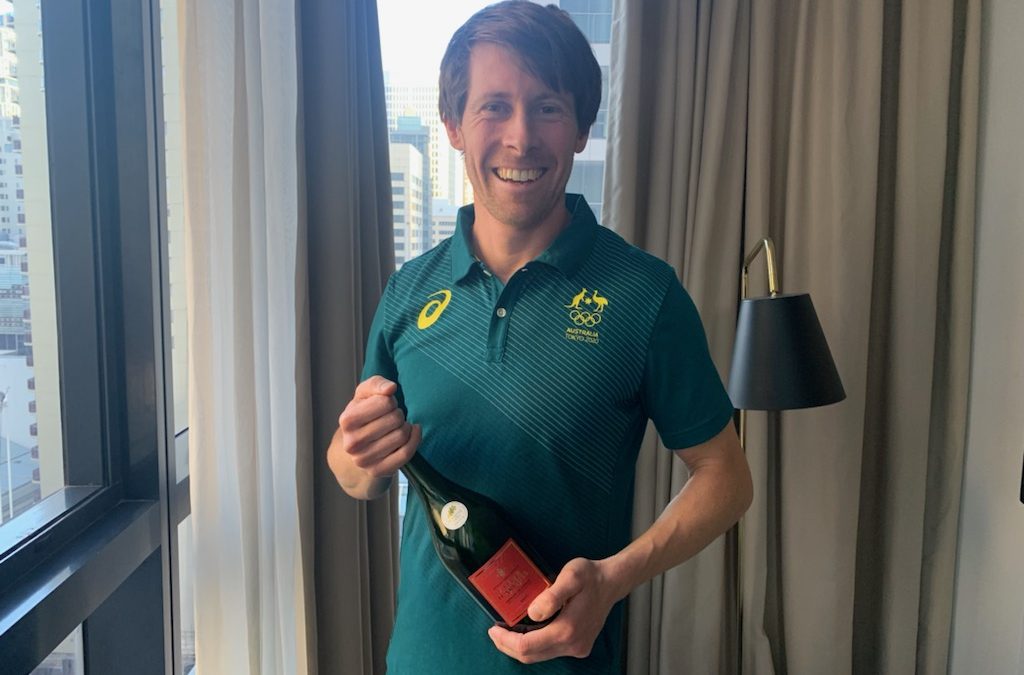 Two-time modern pentathlon Olympian Ed Fernon has celebrated the safe arrival of his third child into the world, from hotel quarantine following the Tokyo Olympic Games.

His wife Philippa gave birth to Toby Edward on Friday morning with other family by her side.

Ed was unable to attend the birth but managed a bottle of champagne on Friday as he counted down to being released from quarantine on Monday – to be with Pip, Toby and their two other boys Xavier and Lachlan.

“Competing at an Olympic Games is a great honour and something I am very proud of but being a father is life’s greatest challenge and achievement,” Fernon said.

“I was obviously very disappointed that I couldn’t attend the birth but the most important thing is that my wife and the baby are healthy.”

When he made the decision with his wife and coach Dean Gleeson to come out of retirement in mid-2019, and chase selection for the Tokyo Games, he knew there would be a lot of family and career sacrifices, but they could not have predicted this situation.

Fernon and Gleeson were away for several weeks at a training camp in Coffs Harbour due to the COVID situation in Sydney. They returned home for around a week to complete final preparations at Sydney University before flying to Tokyo at the end of July.

The delayed Tokyo Games was his first international competition in 20 months and only his second in six years. He finished 31st with some real positives from elements of the five disciplines.

“I’m disappointed with the result. I came here to achieve certain goals and I didn’t quite get there,” Fernon said after the competition in Tokyo.

“Pentathlon is a very difficult sport, mentally and physically. The heat in Tokyo was certainly another factor. But I’m proud of completing my second Olympic Games and just being part of the Tokyo Olympic spirit, which has been fantastic.

“Not everyone can win a medal but everyone can go away remembering their experience in Tokyo and have lifelong friends and memories and I think that’s very special.”

Now he gets to create more fabulous memories with his family and he knows he owes his wife a great deal for supporting him through his second Olympic campaign.