Fernon and Carrier return to competition this weekend 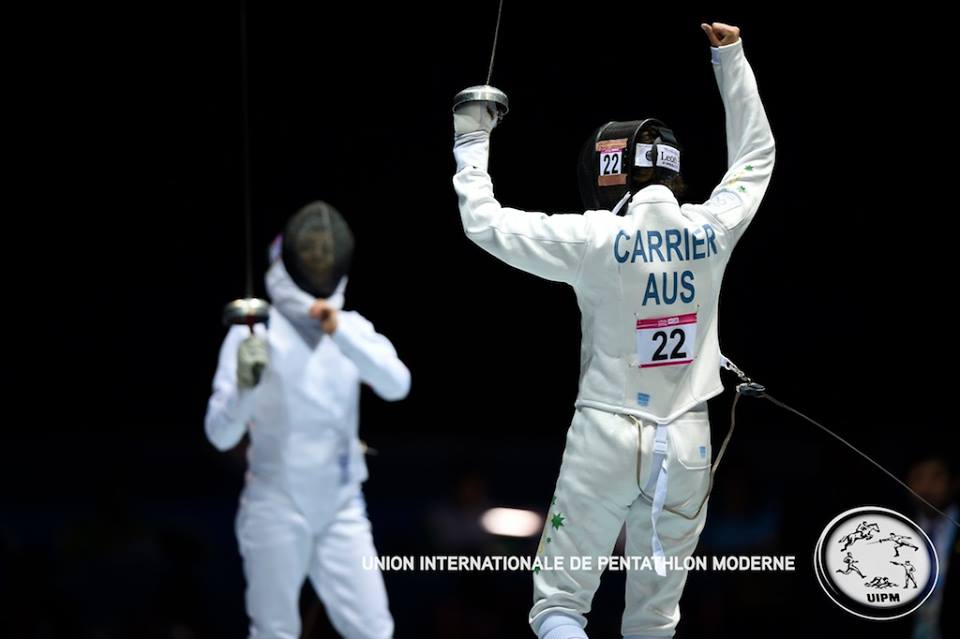 Australia’s selected representatives for the Tokyo Olympics Games, Ed Fernon and Marina Carrier, will return to competition this weekend along with around 30 other Australian competitors including some of the sports brightest young stars.

The two days of competition in Geelong, hosted by Modern Pentathlon Victoria, is a great opportunity to get athletes back competing and bring members of the pentathlon community together after what has been a challenging 12 months due to COVID restrictions. For several junior athletes, many of whom have travelled down from Coffs Harbour, this will be their first official competition.

It will be a great experience for the young and old competitors to be competing alongside Fernon and Carrier. Fernon competed at the London 2012 Olympic Games and Carrier, who was a Youth Olympian in 2014, will make her Olympic debut in Tokyo.

It was 12 months ago that the Tokyo Olympics were postponed due to COVID-19 and that has allowed Carrier the opportunity to put injury setbacks behind her and return to full fitness. Fernon has also been training extremely well and is excited to be back competing.

The individual events will be held on Saturday at Kardinia International School, with three international level fencers to provide additional top competition for the competitors. It was not possible to organise the show jumping component, however the swimming, fencing and laser-run (tetrathlon) will be held at the same venue.

On Sunday, six teams of four will contest the relay/teams event. This is the first time that teams/relay events have been held in Australia since the early 2000s. Fernon and Carrier won’t contest the teams event to minimise risk of injury.

The Geelong competition is being held on the same weekend that the National Championships were scheduled to be held in Melbourne, however with travel restrictions and recent cases in Melbourne the decision was made by MPA and MPV to postpone the Nationals until later in the year, when there was greater chance of athletes from all over Australia being able to attend.