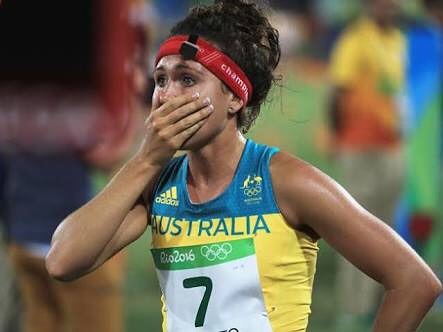 Olympic Champion Chloe Esposito has announced she is pregnant via social media, ruling her out of attempting to defend her title at the Tokyo 2020 Olympic Games.

The 28-year-old who won Australia’s first medal in the sport at the Rio 2016 Olympics Games, following her seventh place at London 2012, posted.

“A wonderful unexpected surprise has happened. My husband, Matt Cooper, and I are bringing a Mini Cooper into this World in August.

“True to form, nothing ever works out the way we plan it. Defending my title will have a wait another four years. Can’t wait to be a mum.

“My priorities will change but the challenge of pregnancy to podium is a powerful dream. Very excited for a life changing 2020!”

Chloe is fit, well and excited at the prospect of motherhood.

Modern Pentathlon Australia President Kitty Chiller, who has known the Esposito family for over 35 years, is very pleased about the exciting news for their family.

“I would like to express my congratulations to Chloe and Matt with this fantastic news from myself and the entire Modern Pentathlon community,” Chiller said.

“I know Chloe and Matt very well and know they will be fantastic parents.

“We would have of course loved to have seen Chloe on the start line in Tokyo to defend her Olympic title. However, we know this is not the end of her remarkable career and look forward to supporting her in due course when she returns to the sport with an eye to the Paris Olympics in 2024.”

Following her triumph at the Rio Olympic Games in 2016, Chloe took over a year off from international competition and returned to win the World Cup Final in 2018 and be ranked the number one athlete in the world that same year, demonstrating how quickly she is able to return to being the best in the world.

Modern Pentathlon Australia looks forward to continuing to support Marina Carrier in her quest to qualify for her first Olympic Games at Tokyo 2020 and join her training partner Ed Fernon, who was officially selected to the Australian Olympic Team on the 23rd of January.