Carrier on the podium in Poland Open 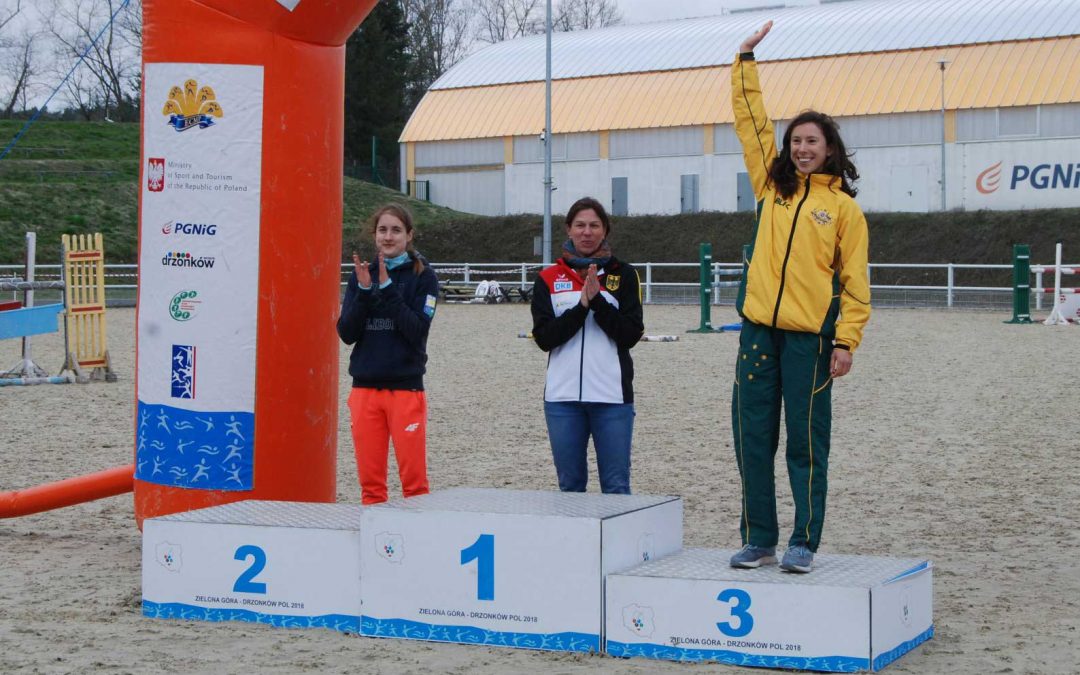 Marina Carrier has continued her strong start to the international season by running on to the podium at the Poland National Open II.

Carrier started the Laser-Run in sixth place and quickly moved to fourth in the final discipline of the two-day competition.

“I sat in fourth until 400m to go,” Carrier recalled. “I overtook Rio Olympian and current world number two Sarolta Kovacs, for the podium and third place!

“I couldn’t believe it! Fastest run/shoot time of the competition too.” 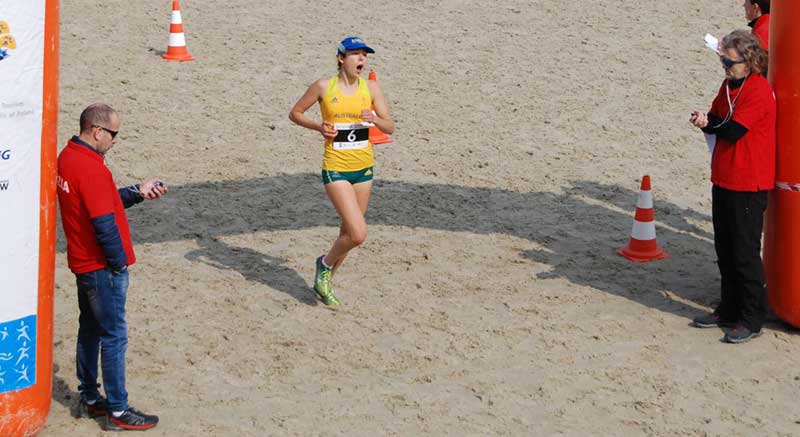 Marina Carrier was exhausted and thrilled when she crossed the finish line in Poland and third.

The 22-year-old Tokyo Olympic hopeful came into the Poland Open in good form following sixth place at the French Championships a fortnight ago. And she needed all her summer fitness and resolve in Drzonkow with ‘an incredible 54 entries’.

The fencing on the Saturday took four hours, however she maintained concentration for 28 victories and 19 defeats to be placed seventh going into the swim.

“Due to the fact that there were only four lanes, it unfortunately meant it was over an hour between my warm-up and actually diving in to race. Despite that I was stoked to come away with the 4th fastest time with a 2:17.”

The show jumping was held Saturday evening and she finished the day in the best possible fashion.

“I drew a really strong forward going horse to claim =1st and the full 300 points with a clear ride! The challenge was then to wind down on Saturday night after all the excitement with the run/shoot being held on Sunday.”

The Sydney University Medical Science student will gain plenty of confidence by producing the fastest Laser-Run of the competition.

“Suffice to say I was very happy and felt pretty knackered by the end of 36 hours’ worth of competing. Think I’ll stick to pentathlon in a single day!”

Germany’s Annika Schleu, who was second at the 2018 World Championships, took the gold in Poland.

Carrier will now return to Australia and for another heavy training block and university, ahead of more international meets in a few months.