Modern Pentathlon comprises the five disciplines of fencing, swimming, show jumping, shooting and running. Previously held over five days, all five disciplines are now held on the one day,  and the shooting and running have been combined and contested as the laser run, to ensure an exciting climax to each competition. Modern Pentathlon tests an athletes’ fitness, courage and skill. Competitors even show jump on a horse they have never met before!

Australia has a proud history at the Olympic Games, dating back to Helsinki 1952 with Forbes Carlisle. In 2016 Chloe Esposito became Australia’s first Olympic champion and medallist. 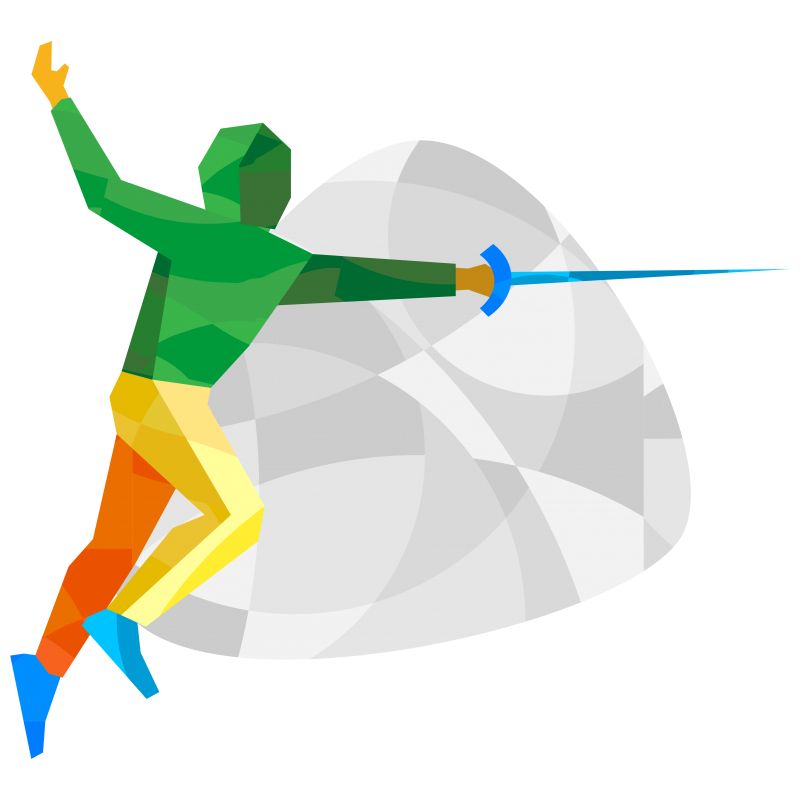 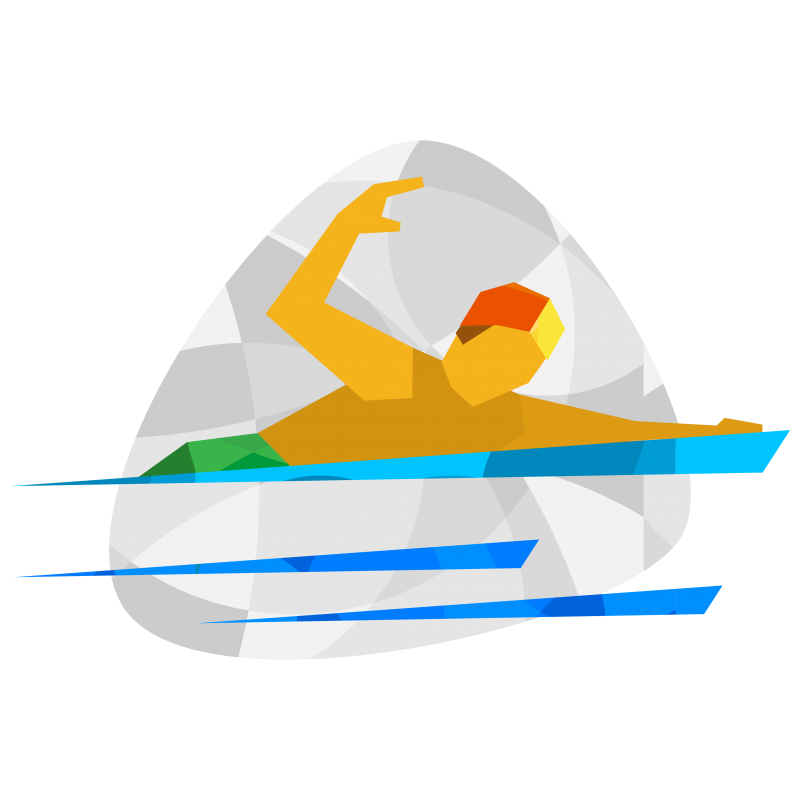 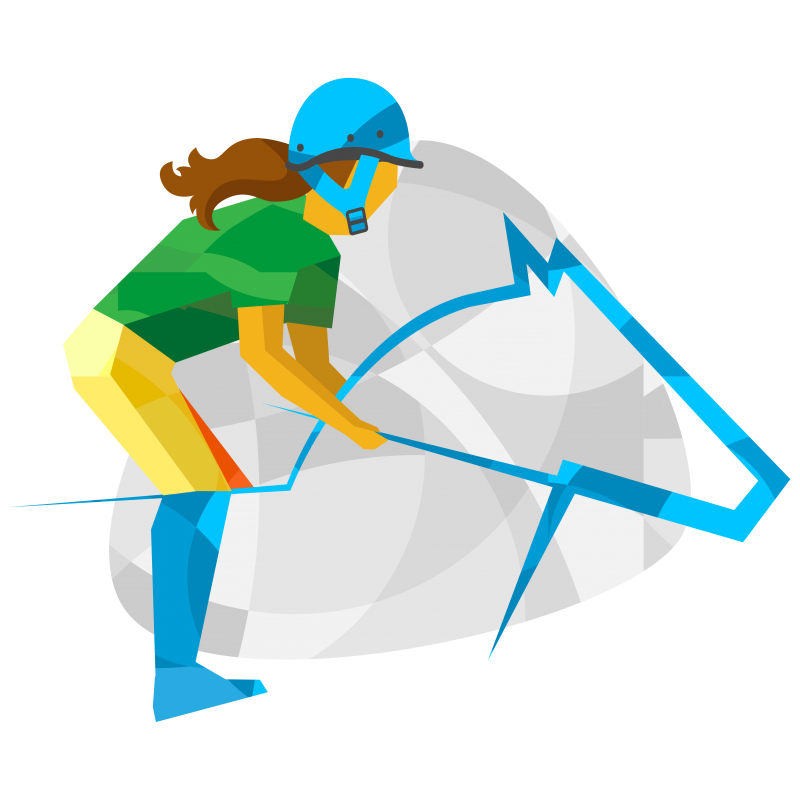 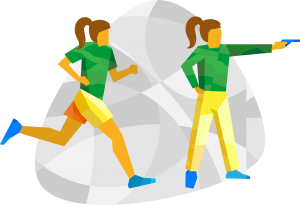 Modern Pentathlon is the flagship sport of the UIPM. The international governing body organises annual World Championships for all ages, as well as a World Cup Series that consists of four events ahead of the World Cup Final. Every four years, the Olympic Games are the ultimate test and goal for senior athletes, and junior athletes aim to compete at the Youth Olympic Games.

The UIPM Global Laser Run City Tour is contested annually in over 70 cities around the world, with events in Sydney, Australia and Hamilton, New Zealand scheduled in 2019.

Fencing is a series of one-touch bouts with epée swords. The fencing event of Modern Pentathlon is a round-robin tournament, with a single touch deciding each match. Plus a bonus point ranking round at major championships.

Each competitor has a bout against every other competitor. Bouts last for one minute, the winner being the first fencer to score a hit. If neither scores a hit, both competitors register a defeat, a double hit doesn’t count.

Point penalties are awarded for a variety of infringements including

The fencing competition is held on pistes, measuring 14m long and between 1.5m and 2m wide, in an indoor arena.

The swimming event is a freestyle race over 200m with athletes seeded in heats according to their personal best time.

The riding event (equestrian show jumping) included in the Modern Pentathlon competition involves jumping over obstacles of up to 120cm in height. The obstacle course is

Athletes compete on horses provided by the organisers, which are selected from a random draw.

For warm-up and preparation purposes, athletes are allowed to ride their allocated horse for 20 minutes and to have up to 5 trial jumps in the warm-up arena provided.

Pentathletes are given 20 minutes to inspect the course at any time during the competition programme according to the organiser’s schedule. The athlete has a specific time limit in which to complete the course, and the time limit is set according to its length.  A clear round in time allowed (varies between 1 minute and 1.17 minutes) gives the rider 1200 pentathlon points but mistakes will lose the rider points. For example knock-downs, refusals to jump will incur a penalty.

Riders must jump the obstacles in order. Riders must wear protective head-gear and a riding jacket and can use a whip and spurs: Horses hoods and blinkers are prohibited.

In 2008, the UIPM Congress passed a motion to change the competition format of the Modern Pentathlon to combine the shooting and running disciplines. This is now known as the “Laser Run” and is the final event of the day’s competition. In the individual competition for men and women at Senior, Junior and Youth A levels, athletes start with a handicap start, approx. 25m run, to a shooting range where they are required to hit 5 targets (time limit 1’10”/1’30”for youth) before beginning an 800m run. This is repeated 3 further times for a total of 20 targets and 3200m run. Two thousand (2000) Pentathlon points are awarded for a time of 12.30 minutes. Each second faster or slower than the prescribed time is worth +/-4 points.

Within the Laser Run the shooting takes place with a completely safe and environmentally friendly laser pistol, fired at a target from a distance of 10 metres. The Shooting competition is in 4 series; each series consists of hitting 5 targets with an unlimited number of shots in a maximum time of 1’10” 1’30” for youth on a target of dimension 59.5mm. If after 1’10” one 1’30” for youth or more targets have not been hit, the pentathlete can start on the running leg without being penalised. Only after having hit 5 targets using an unlimited number of shots in the time limit can the pentathlete start from the shooting station to perform the first running leg of 800m.

Talk with someone from Modern Pentathlon today!

Our volunteers are available to chat today about any enquiry you might have. Alternatively, contact someone from your state federation for information about Modern Pentathlon in your local area.